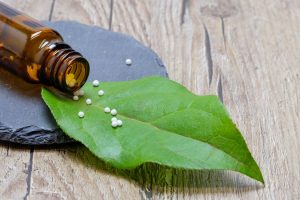 Homeopathy is a Greek word that means “similar suffering” and provides a special kind of cure different from other medical remedies such as Allopathy and Ayurveda, which is ideally a natural herbal therapy. On the other hand, Allopathy applies different chemical compositions to tackle illnesses. For instance, Allopathy dries a runny nose to cure it. This ideally involves drying up the nose by getting rid of the mucous. Some people prefer homeopathic medicine because it is not addictive yet economical.

However, several debates surround their prescription and dosage. Some believe that homeopaths do not require any expertise to enable them to prescribe medicine, as long as one hand over a bottle with the disease name on it. This makes it very easy for the typical layman to get a bottle from off the shelf and obtain the cure without the intervention of an expert.

Homeopathy has been considered the second most popularly used medical system globally and has gained prominence in the U.S. as well over the last 10 years. Perhaps its success can be partly credited to the fact that it provides an alternative to traditional medicine, which is founded on the principle of “like cures like”, referring to the fact that an illness or disease can be cured by introducing a low dose of a substance that portrays similar symptoms to healthy people. Its success can be linked to several advantages, although some people remain doubtful and question the effectiveness of the therapeutic system. If you’ve heard about homeopathic treatment and would like to try it to cure your disease, below are the pros and cons to consider before making your ultimate decision.

Perhaps the most obvious advantage of homeopathy is that the medicine is 100% safe, with no side effects when used to treat an illness. The medicine can also be administered to children without the fear of serious side effects that could harm their health. It is also recommended and safe for pregnant women and the remedy can be taken concurrently with other medications. These remedies are prepared using natural substances and are considered good for health.

Similarly, homeopathy is considered very effective in the treatment of illness, as long as you follow the prescribed diet and make the necessary diet changes. This can deliver quick and long-lasting results. The remedy is also easy to take and parents can easily administer it to their children even if they dislike bitter medicines. These medications commonly come in sweet, tasty drops, powders, or simply tiny tablets. In addition, the remedy is not addictive and one can easily stop taking it after feeling some relief.

However, if it does not bring the desired relief, then you must be taking the remedy the wrong way or taking the wrong remedy altogether. Taking homeopathy does not suppress the immune system, unlike other traditional medicines. It is also a holistic approach and treats all symptoms equally.

While the remedy may have several advantages, it also has a few shortcomings. You may not get the right remedy at your local pharmacy. The right remedy may also take longer to cure than traditional medicine and there are only a few experts in the field.

Homeopathic treatments have several advantages and disadvantages and understanding these can help you make the right decision concerning your health. While it is not scientifically proven to work, its effectiveness has been demonstrated in successful cases. It may be more effective on some people than others but it is worth trying out to determine whether you can derive the health benefits.