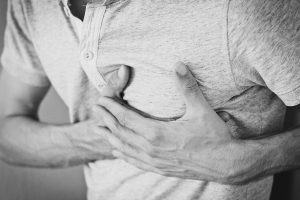 “Heart attack” and “cardiac arrest” are two terms that are often used interchangeably. However, what most people don’t know is that they are two distinct conditions even though they are related. Whereas many people may not care whether they can tell the difference or not, understanding the two are different can be helpful when assisting someone with either of these conditions during an event.

Perhaps the easiest way to tell the difference between the two is that a heart attack can be viewed as a circulation issue whereas cardiac arrest is an electrical issue. A heart attack occurs when blood flow is physically blocked by a narrowed or clogged artery that supplies blood to the heart. The severity of the damage caused by a heart attack depends on how long the attack lasts. When the heart muscle is deprived of blood and oxygen supply, parts of the heart’s tissue begin to die. In contrast, a person with cardiac arrest does not experience blockage of blood flow. Instead, an electrical malfunction occurs and stops the heart from beating, thereby stopping the flow of blood to every part of the body.

Another major difference between the conditions is that they present vastly different symptoms. To begin with, cardiac arrest causes people to lose consciousness and pulse. This shows just how serious the condition can be. Cardiac arrest can go from severe to fatal in a matter of minutes. In contrast, a heart attack does not cause you to faint or lose your pulse, but it is likely to cause some chest or arm pain. Other symptoms of a heart attack include shortness of breath, nausea, fatigue, sluggishness, and cold sweats, and these are common among women.

Sudden cardiac arrest happens suddenly and without prior warning. An electrical malfunction can easily cause this condition, as the heart’s pumping function is disrupted and it can no longer pump blood to reach the brain, lungs, and other vital organs of the body. It only takes a few seconds before you lose consciousness and pulse. You can die in minutes if you don’t get the urgent treatment you need.

If you or a loved one is experiencing a heart attack, dial your emergency response number immediately because every minute counts. Similarly, sudden cardiac arrest can be deadly but it is also reversible if treated in time. If you are having trouble differentiating between the two, you should remember that a heart attack is caused by the blockage of the artery supplying blood to the heart whereas cardiac arrest is an electrical malfunction that causes the heart to stop beating. You should also remember that both can be deadly but a heart attack may give warnings in advance whereas cardiac arrest can be sudden.