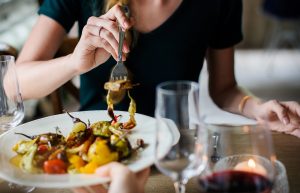 Almost everyone loves to eat. How about you? We eat, not just because we want to, but because we have to. It is one of the basic human needs, other than clothing and shelter. However, eating and healthy eating, are two completely different things. After all, everyone has their very own “favorite foods.” Still, no matter how basic a topic eating may be, there is something that needs to be addressed about it. Have you ever heard about eating disorders? Let us cover the most common types of eating disorders and their corresponding effects on our well-being.

Anorexia Nervosa: This is a grave and life-threatening eating disorder marked by excessive starving of oneself and extreme weight loss. Signs include visibly notable low body weight for one’s physical health, age, or sex, fear of becoming fat and gaining weight, distorted view of body appearance and weight, restricting oneself to eat then binge afterward. Fasting and excessive exercise to avoid weight gain are also exhibited by the affected individual.

This should never be taken lightly as studies have shown that this type of eating disorder is possibly associated with depression. If prolonged and left untreated, it further leads to suicidal instincts, heart failure, hormonal imbalance, menstrual irregularity in women, weakened heart muscle, and gastrointestinal complications. Aside from that, a person with anorexia nervosa may experience frequent stomach aches, bloating, sexual deprivation, insomnia, irritability, and social withdrawal.

Bulimia Nervosa: Similar to anorexia, this is also life-threatening if left untreated. However, contrary to anorexia, bulimia is characterized by binge eating—then to be followed by self-induced vomiting to compensate for binging. Signs include a series of binge eating with the patient subconsciously having the idea that he is losing control over his eating behavior. Just like anorexia, overly conscious weight monitoring and self-evaluating one’s body weight or shape may also be noticed.

Associated features are also very close to that of anorexia: menstrual irregularity, poor dental health, high suicide risk, and gastrointestinal complications. In addition to that, there can be also ruptured blood vessels, cardiac arrhythmias, pancreatitis, and chronic dehydration.

Binge Eating Disorder (BED): This may sound similar to bulimia, which is true, but there is one significant difference—no compensation for weight-control is done to counter the binge eating. Signs include intake of large amounts of food regularly, then feeling guilty and ashamed afterward. Hoarding food in strange places, the disappearance of great quantities of food in just a short time, and eating very quickly even when not hungry are also telltale signs of this disorder.

Avoidant/Restrictive Food Intake Disorder (ARFID): This type of eating disorder is similar to anorexia—it also ends up in extreme weight loss. However, this is linked to zero interest in appetite to food such that no response is manifested by the patient. If there is such a thing as poor appetite, then people suffering from this technically have ‘no appetite.’ This is not because of the lack of food sources.

Signs and symptoms of this disorder are both physical and psychological.

Similar to the previously stated disorders, these also include excessive weight loss, fear of gaining weight, restricting food intake which results in significant nutritional deficiency, and gastrointestinal complications. If left untreated, it can take too much toll on the body and disrupt the processes and normal functions taking place which will eventually result in death.