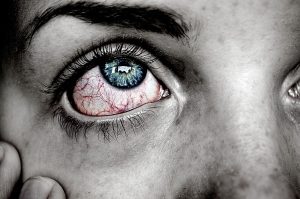 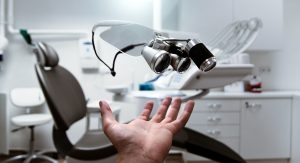 Eye discharge may signify that something is wrong with your eyes. It is often characterized by mucus, skin cells, oil, various forms of debris, and dirt collecting to form a whitish substance in the corner of your eye, especially when you are sleeping. The substance can be dry and crusty or wet and sticky, as this depends on the amount of moisture that has evaporated from the substance. Sometimes referred to as “rheum,” eye doctors Pembroke Pines says it can also perform a protective function, which typically involves removing potentially harmful debris and other waste products from your tear film, including the surface of the eye.

The eye secretes mucus all day long and it is bathed by a thin film of tears when you blink. This flushes out the rheum fast, thereby removing it from the eye before it hardens. However, when asleep, no blinking occurs. This means eye discharge accumulates and forms crusts along the eyelash line and in the corner of the eyes. This is why you are likely to develop crusts when sleeping. A few crusts in the morning after waking up is quite normal, but eye discharge secreted excessively could mean you need an eye checkup to determine whether there is a problem developing. This discharge can be yellow or green and may cause eye pain, light sensitivity or blurry vision. If that happens, you should see your eye doctor as soon as possible because your eyes may have developed an eye infection or a serious disease.

You don’t have to be worried that your eyes are producing some discharge unless it is excessive and yellowish or greenish. Inconsistency in discharge may also mean you have an eye infection or a serious eye disease. Some eye conditions can cause abnormal eye discharge, including blepharitis, conjunctivitis, dry eyes, corneal ulcer, and more. Conjunctivitis is characterized by eye discharge. The white, green, or yellow eye mucus is often accompanied by eye irritation, redness, or itchiness. Other eye infections associated with eye discharge include eye herpes, a viral eye infection that seems to recur; fungal keratitis, which is rare but a more serious form of inflammation of the eye’s cornea; blepharitis, inflammation of the lash line along the eyelash hair follicle; and dry eyes, which is the insufficient production of tears that causes the eyes to be irritated.

When to See Your Doctor

If you’ve experienced moderate eye discharge for a few days then there is no need to worry about it because it may be due to dirt and debris. The eye has a mechanism of cleaning itself. However, if the discharge is green or yellow and seems to persist, you may have to seek medical attention. Eye pain and blurred vision accompanying eye discharge may also require medical attention.

While minor eye discharge is generally harmless and does not require any medical attention, excessive yellow or green discharge may signal a serious eye disease or infection and you should consult your eye doctor immediately. Your eye doctor may prescribe antiviral or antibiotic eye drops to help get rid of an eye infection that causes the eye to produce mucus. Some ointments can perform the same function. There are also over-the-counter antihistamine eye drops that you can use to treat eye allergies that make your eyes watery. For itchy eyes, you may try placing warm compresses over the eyes may also help you relieve some symptoms of eye discomfort and itching.

Eye discharge can be a sign of eye irritation or infection. If the symptoms do not disappear after a few days and over-the-counter eye drops do not work, it is best to consult your eye doctor because your eyes may be infected.