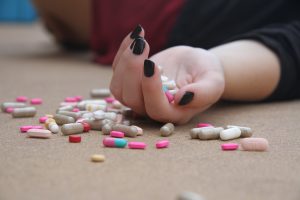 If you ask someone as to whether they want to live a happy life, what do you think would be their answer? Needless to mention, we all want a satisfying and enjoyable life as much as possible. However, we are aware that not everyone has the same circumstances. We come from different walks of life and some struggle with drug use. It can be very difficult to quit once it has been started, but let’s dig deep into the details.

Many people who have been into drug addiction before, but were able to quit, pointed out that they did so because their friends were doing it, that they were depressed, that they wanted to have a good time, and that they were overly stressed and anxious with family and/or personal problems. Some, however, tried it just by curiosity alone. When we talk about drug addiction, it can be both caused by illegal drugs like marijuana, cocaine, methamphetamine, heroin and the like; or by prescription drugs like tranquilizers, painkillers, and sleeping pills. How serious of a problem is drug addiction in the US alone? Statistics show that every day, more people die in drug addiction than from traffic accidents and guns. So, how can you save yourself or a friend from this?

Just as a doctor would not perform surgery without knowing what happened to the patient, let us first identify the symptoms of drug addiction. The most common drugs are alcohol, stimulants, opioids, and marijuana. These are the specifics since the word “drug” is a very broad term. You might be surprised, but alcohol is a drug. Signs of alcohol addiction include blackout, or the inability to remember what has previously happened over and over again. The influence of alcohol drives the person to do illegal acts such as stealing and physical and verbal harassment.

If there is “stress eating”, then there’s also “stress drinking”, pun intended, and it is already a sign of drug addiction. Neglecting family, work, and school responsibilities due to alcohol overconsumption is also a very obvious sign that alcohol use has gone out of control.

Aside from alcohol, many are addicted to stimulants like methamphetamine or cocaine. Symptoms, in this case, are more similar to that of alcohol. But in addition to those, there may be changes in appetite, facial tics or jerky movements, dilated pupils, and rapid blinking or eye movement. There can also be mood swings, anger management issues, disrupted sleeping patterns, and tooth decay. “Crash phase” as they call it, is also a symptom of meth use. This is caused by the lack of dopamine previously supplied by the use of such drugs and is shown by unusually long sleeping hours, drug cravings, and even depression.

Opioids like oxycodone, methadone, and codeine may sound unfamiliar but are also addictive. The use of these substances stimulates the release of dopamine from the brain, one of what we call the ‘happy hormones’. This experience, if left untreated and taken for high amounts, causes addiction. Symptoms include needle marks from a syringe on legs and arms. Constricted pupils, impulsive actions, withdrawal from social activities, and visiting several doctors to get more supplies can be all signs of opiate addiction.

One of the drugs we don’t even have to describe for people to know is marijuana or cannabis. Addiction to this can be spotted by difficulty in concentrating, red eyes, and uncontrollable laughing and talking. It can make users feel that they’re starving which makes them binge on unhealthy foods. They also have a noticeable smell different from that of a cigarette, just slightly sweeter. Now that you have an idea of some of the signs of drug addiction, go ahead and save a friend, or even a life.